Boeing's flight control system to be reviewed by international panel 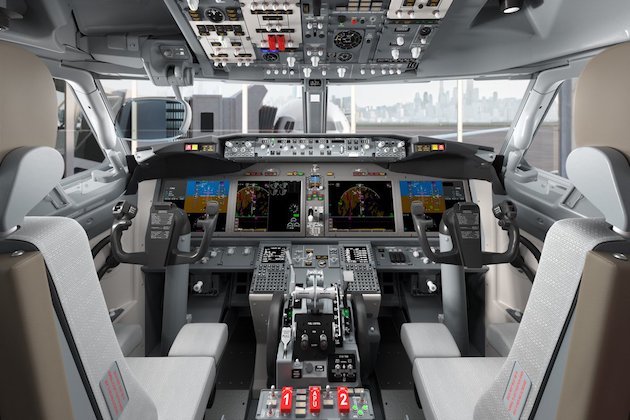 <p>WASHINGTON DC - A number of aviation regulators from around the world have agreed to take part in an international review of the Boeing 737 Max&#39;s automated flight control system.</p><p>FAA confirmed on Friday the Boeing 737 MAX Joint Authorities Technical Review will commence at the end of this month, and will complete its work in three months.</p><p>Joining the FAA on the review team, will be representatives of the Civil Aviation Safety Authority of Australia, Brazil&#39;s Agencia Nacional de Aviacao Civil, Transport Canada Civil Aviation, Civil Aviation Administration of China, European Aviation Safety Agency, Japan Civil Aviation Bureau, Indonesia&#39;s Directorate General of Civil Aviation, Civil Aviation Authority of Singapore, and the United Emirates General Civil Aviation Authority.</p><p>&quot;Experts from nine civil aviation authorities have confirmed they will participate in the Boeing 737 MAX Joint Authorities Technical Review (JATR) that the FAA established earlier this month,&quot; a statement from the FAA published on Friday said. &quot;The JATR team will conduct a comprehensive review of the certification of the aircraft&rsquo;s automated flight control system.&quot;</p><p>&quot;The JATR is chaired by former NTSB Chairman Chris Hart and comprised of a team of experts from the FAA, NASA&nbsp;and international aviation authorities. The team will evaluate aspects of the 737 MAX automated flight control system, including its design and pilots&rsquo; interaction with the system, to determine its compliance with all applicable regulations and to identify future enhancements that might be needed,&quot; the FAA statement said. &nbsp;&nbsp;</p><p>&quot;The team is scheduled to first meet on April 29 and its work is expected to take 90 days.&quot;</p>

PARIS, May 26 (Xinhua) - French President Emmanuel Macron on Tuesday vowed to massively back the auto sector to help ...

Tensions between Beijing and Washington add to world's Covid-19 woes

BEIJING, China - China said on Sunday that its relations with the United States were "on the brink of a ...

CANBERRA, Australia - Australian Federal Police said Wednesday they were dropping an investigation of a prominent journalist who obtained classified ...

Obamagate is the latest conspiracy theory to be pushed by U.S. president, Donald Trump. It started on the morning of ...