Passing on colorful joy during COVID-19 lockdown in Australian capital

The Australian capital Canberra has been in lockdown for more than eight weeks. Although people couldn't get together to share happiness due to restrictions, they passed it on with colorful rocks.

CANBERRA, Oct. 12 (Xinhua) -- The Australian capital Canberra has been in lockdown for more than eight weeks. Although people couldn't get together to share happiness due to restrictions, they passed it on with colorful rocks.

If you look carefully near the lakes, in the bushes or in the playgrounds, you might be able to find rocks hand-painted with various patterns: some with animals and plants such as bees and fish, some with book characters like Snow White and Hulk, and some with the theme of Halloween which is just around the corner.

Lots of people who found these rocks would post the pictures and their comments on social media.

"I found this (rock) on the footpath around Charnwood school oval while walking my Pugsley with my mother. I was so excited I literally screamed like a little girl," Lynn Toomey wrote on Facebook, showing the picture of a rock painted as a green lizard. "Have taken it home to show my 10-year-old and we will re-hide in my suburb of Crace. Hopefully my daughter and I can paint some soon and hide around Crace area too. I love this idea!"

"This made my day," said Leigh Rowe on Facebook, who posted a picture of a rock painted with a fox head. At the back of the rock there were words that read "ACT Rocks. Post a pic and rehide."

The group ACT (Australian Capital Territory) Rocks has more than 9,400 members. The group's Facebook comments are filled with "thank you" messages with the pictures, some of which with the beaming faces of children. Like Toomey and Rowe, most discoverers chose to rehide the rocks so as to pass on joy.

Brianna Emily, one of the painters who joined the group only last month, said: "It is amazing seeing all the posts with our rocks in them! The other artists ... are loving that we are making people happy! "

She left a pen at the hidden spot of a big rock, which was cleaned with sanitizer every time after use, to encourage people signing the rock to say they have visited.

Teacher Tiffany Fletcher got involved in the ACT Rocks group about 18 months ago. She told local media that the hide-and-seek act of rocks was about community connection, which has become increasingly important.

During the lockdown, which started in Canberra on Aug. 12, she did a set every night, so as to buck people up in the difficult time.

"You leave them there knowing that somebody will find it and somebody will give it to somebody else," she says. "Somebody they've never met or they don't know has left a little piece of joy for them."

While the ACT Rocks group is among the biggest, an artist Sarah Beach told Xinhua that there are about five or six such rock painting groups in Canberra.

Beach started her Canberra Rocks group in October 2017, when she was working as a nanny for some families. "I was constantly looking for crafty activities to do with the kids," she recalled.

Originally from Yorkshire in Britain, she said in her hometown she participated in a popular rock painting group called Beverly Rocks which has 19,000 members. She then introduced the game to the families she worked with in Canberra, and they loved it.

Canberra Rocks group now has about 500 people. Over the past four years, Beach painted some 200 rocks.

She felt rewarding seeing "heaps of pictures of happy faces of all ages displaying rocks they have found."

While believing that painting rocks was a fantastic way to spend time during lockdown, she and her fellow members tried to make sure not to add things to the rocks which could fall off for native animals to ingest, not to gather rocks from national parks, protected or private lands, and not to congest areas with too many painted rocks.

Due to lockdown restrictions, many painters could only display their painted rocks close to home, and some chose to save them until after lockdown to put them out.

According to schedule, lockdown in Canberra is to be lifted on Oct. 15.

Beach said that she is doing a Halloween run-up, as the festival falls at the end of the month. She looks forward to spreading the rocks out after the lockdown.

As for Fletcher, she planned to drop her collection all across Canberra when the lockdown ends. 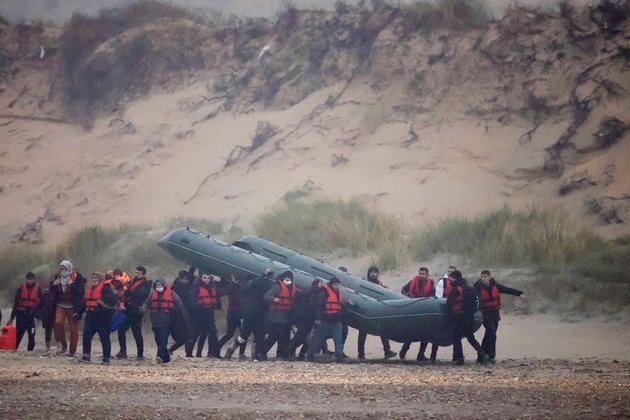 France's Europe minister has accused the UK of practicing an economic model that allows for ?quasi-modern slavery,? as Paris called ... 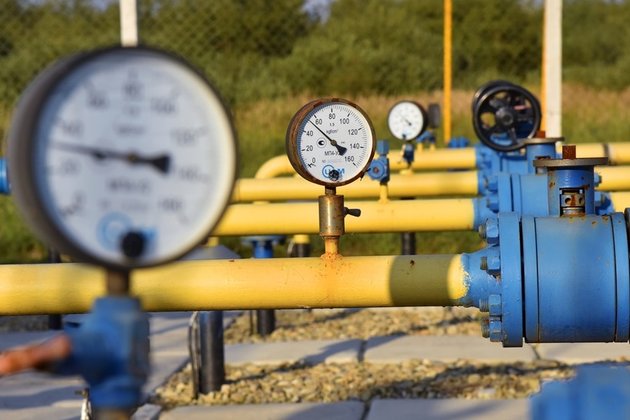 Russia does not want to extend its gas transit contract with Ukraine after 2024 when the current deal ends, the ...