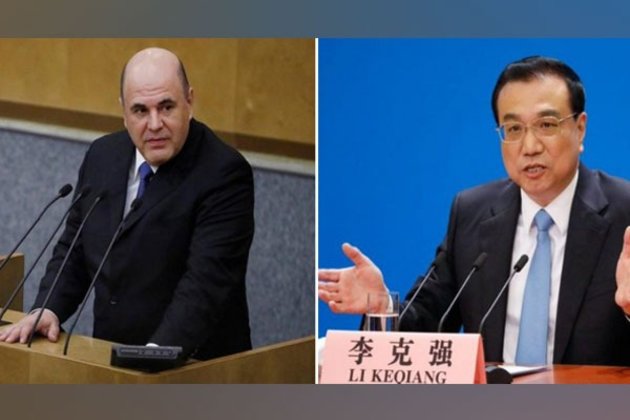 Citing the Russian cabinet, Sputnik reported that both sides are expected to discuss urgent issues of development of the Russian-Chinese comprehensive partnership and strategic interaction with an emphasis on cooperation in trade and investment, energy, industrial, agricultural, transport and humanitarian spheres.

Earlier on Tuesday, Russian Defence Minister Sergei Shoigu said, Russia and China have been increasing their joint military training at sea, in the air, and on land over this year, Sputnik reported.

This came after Shoigu spoke with his Chinese counterpart, Wei Fenghe, via video conference. Shoigu also outlined bilateral cooperation in terms of the coronavirus pandemic.

"Our armed forces interact on land, at sea and in the air. The number of operational and combat training events is growing," Sputnik quoted Shoigu as saying. (ANI)