Mysterious illness in hundreds of dogs raises alarm in UK 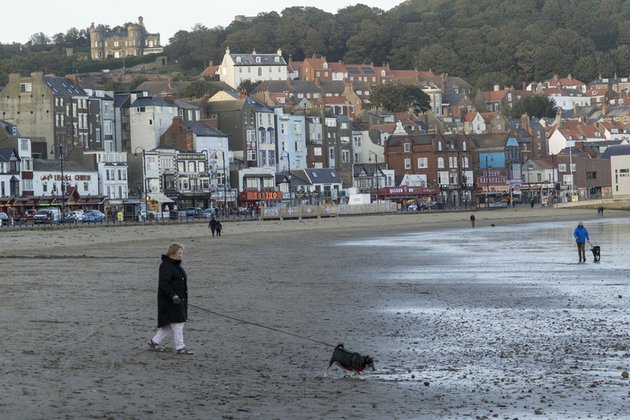 The sick canines had all visited English beaches, but coastal officials say they found ?nothing unusual?

Dog owners in East Yorkshire have warned that their pets fell ill after taking walks along the region's coastline, despite officials finding no ?direct link? between the area and the diseases during recent inspections.

Vets in the area claim they have seen cases of severe vomiting and diarrhea in dogs who recently visited the northeast coast. In a Facebook post, Yorkshire Coast Pet Care described being "inundated" with dogs that have suffered a mystery illness, urging officials to investigate.

Since the first cases were identified, British media has reported that hundreds of dogs have been affected, with the initial social media post receiving more than 1,500 responses.

Cath Baggins, a dog owner, said her cocker spaniel puppy had to spend six days at the vets after going for a walk in the Bridlington area. Other pet owners have reported similar issues in Whitby, Robin Hood's Bay, South Gare, and South Beach, recommending dog walkers don't visit the coastline until the source of the illness is identified.

The Department for Environment, Food and Rural Affairs (DEFRA) has confirmed that it is in talks with the Animal and Plant Health Agency over the reports. However, the East Riding of Yorkshire Council's coastal services team claims it found "nothing unusual" during inspections of the coastline.

Suggesting that the situation might be more widespread, the local council claimed that pets elsewhere in the region have fallen ill despite not visiting beaches, stating it might be a "general illness amongst dogs."

"From reports from local veterinary surgeries, the illness they are seeing within dogs and the tests carried out have not provided any direct links with the use of beaches," Kirsty Salisbury, the council's coastal services general manager, said.