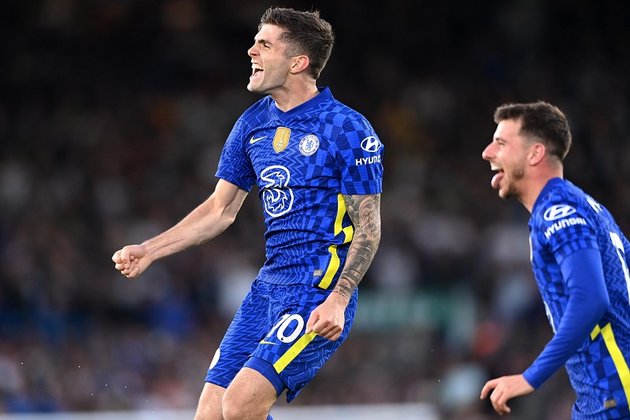 London [UK], May 12 (ANI): Chelsea on Wednesday won 3-0 at Elland Road, tightening their grip on third place and damaging Leeds United's hopes of staying in the Premier League.

Chelsea went ahead in the fourth minute when Reece James teed up Mount to curl a superb first-time effort into the top corner. Leeds were reduced to 10 men on 24 minutes as Daniel James received a straight red card for a challenge on Mateo Kovacic, who limped off shortly after.

Chelsea doubled their advantage 10 minutes after the break through Christian Pulisic, who controlled Mount's clever flick before drilling his strike into the bottom corner.

With seven minutes remaining, substitute Hakim Ziyech squared to Romelu Lukaku, who fired in for his third goal in two matches. Chelsea now have 70 points, four more than fourth-placed Arsenal, although the Gunners have a match in hand.

Elsewhere, Everton edged a point closer to safety with a goalless draw at relegated Watford.

Frank Lampard's side remain 16th but are now two points above the relegation zone, after 18th-placed Leeds United lost 3-0 to Chelsea.

The Toffees also have a match in hand on Leeds, and a far better goal difference. Despite Watford's first home clean sheet of the season, they stay 19th on 23 points. (ANI)

ATHENS, Greece: After a sharp increase in attempted entries by migrants through its Aegean islands and land border with Turkey ...

LONDON, England: A joint declaration to boost defense and security collaboration was signed between Britain and Lithuania this week. London ...

NEW YORK CITY, New York: The market for global online tutoring services is expected to grow from $21 million in ...

Polish president: Ukraine must decide its own future

KYIV, Ukraine: Andrzej Duda, President of Poland, told lawmakers in Kyiv this week that Ukraine has the right to decide ...

MOSCOW, Russia: In the latest escalation of an energy payment dispute with Western nations, Russia's Gazprom has halted gas exports ...

TOKYO, Japan: A new high-density electric battery developed in Japan has the potential to power electric airplanes, according to industry ...

ATHENS, Greece: After a sharp increase in attempted entries by migrants through its Aegean islands and land border with Turkey ...

HONG KONG: In his first public remarks since he was arrested under Hong Kong's National Security Law earlier this month, ...

MOSCOW, Russia: Following the closure of a number of Russian state news outlets in the West, this week the Russian ...

LONDON, England: A joint declaration to boost defense and security collaboration was signed between Britain and Lithuania this week. London ...

TOKYO, Japan: U.S. President Joe Biden said this week that he supports calls for Japan to become a permanent member ...