China stocks up on Russian gold 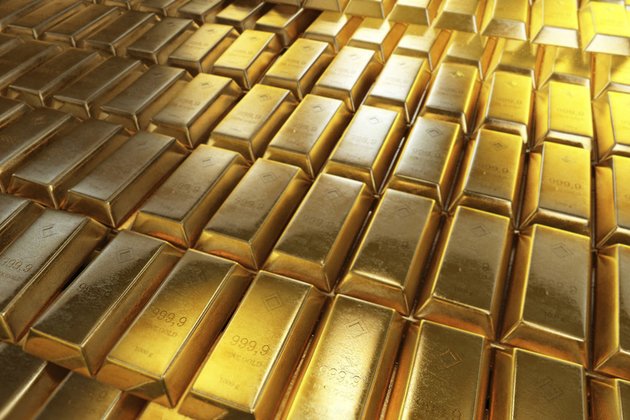 Imports of the precious metal surged over 60% last year

China stepped up imports of gold from Russia in 2022, data released by the country's customs agency on Saturday showed.

Last year, China bought a total of 6.6 tons of Russian gold, worth a record $386.9 million, including shipments in both unprocessed (3.7 tons) and semi-processed form (2.9 tons).

In December alone, gold shipments from Russia to China totaled 220.2 kilograms, worth $14.85 million.

Overall, Russian gold exports to the Asian nation soared by 67.3% in physical terms and by 63.3% in monetary terms from 2021.

However, so far Russia's share in Chinese gold purchases remains small. The main supplier of gold to China is Switzerland, with sales in 2021 totaling over $34 billion. Rounding out the top five suppliers to China are Canada, South Africa, Australia, and Hong Kong.

Russian gold exports began to fall under Western sanctions in mid-2022. The EU, UK, US, Japan, and Canada banned the purchase, import or transfer, directly or indirectly, of gold originating in Russia and exported from the country. Prior to sanctions, the UK was the largest buyer of Russian gold, having acquired 266.1 tons of the metal (88% of total exports), worth $15.4 billion, in 2021.

DUBLIN, Ireland: An estimate by senior civil servants claims that Ireland could be hosting 180,000 refugees by the end of ...

TRIPOLI, Libya: Italian prime minister Giorgia Meloni held talks on energy and migration in Libya this weekend, which are major ...

UK airline Flybe goes out of business, cancels all flights

UK tanks for Ukraine must arrive by March, says minister

LONDON, England: Of the 14 main battle tanks and additional artillery support it will send to Ukraine, Britain hopes its ...

After Biden tapped US oil reserves, House passes bill to end such uses

WASHINGTON D.C.: The US House of Representatives has passed a bill that limits the ability of US Energy Secretary Jennifer ...

BOSTON, Massachusetts: Russian businessman Vladislav Klyushin, who has ties to the Kremlin, has been accused of making tens of millions ...

DALLAS, Texas: Oil and gas pipeline operators are preparing to stockpile equipment following severe weather forecasts for the next few ...

TikTok CEO to appear before US Congress to discuss security concerns

WASHINGTON D.C.: As US lawmakers investigate the Chinese-owned video-sharing app TikTok, its Chief Executive, Shou Zi Chew, has confirmed that ...

TEHRAN, Iran: A gunman this week stormed the Azerbaijan Embassy in the Iranian capital, Tehran, and killed its security chief ...